The man responsible for managing advertising for Procter & Gamble, one of the the worlds largest consumer products companies, has said that ‘Age’ will be next on the agenda for advertisers to address as the industry moves to unpick the stereotypes it has helped perpetuate.

P&G’s chief brand officer Mark Pritchard was quoted here in Campaign magazine; “As a company, we’re now focusing not just on millennials but boomers as well. That’s the next area – the age portion is probably the next frontier.”

Pritchard was talking more broadly on the subject of diversity and inclusion. 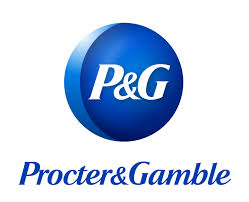 It’s exciting to see signs that ‘age’ (read ageism) is being taken seriously as part of the debate on diversity and inclusion. Hopefully Pritchard’s powerful voice will stir other marketers to take the issue of ageism more seriously.

So far, most have failed miserably. Even P&G has tried and failed at this before. Remember Crest and Oral‐B Pro‐Health For Life dental products “Selected for Aged 50+ Consumers”? Long gone from the shelves.

Pritchards words are music to our ears; “We reach five billion people on the planet every day and we’re the world’s biggest advertiser. We have both an opportunity and a responsibility for changing perception. Images and how people are portrayed in advertising affects memory, which affects bias. There is an unconscious bias that comes from such images and [it influences] how you see the world.”

Hopefully, ageism will now be treated from a holistic approach like other ‘diversity and inclusion’ segments. It would be a pity if this begins and ends with a range of ill-conceived products for older people.

We need to see the end of ageist stereotypes in advertising and address rampant ageism in the workplace – for marketers and for their agencies. Pritchards comments provide some reason for hope.

Currently, the average age of marketing and agency people (in the UK and Australia) is just 33.