Older viewers have been largely overlooked by media. I remember to the look of incredulity on the face of a senior global media executive when I once suggested he should charge a premium for TV time that attracted a concentration of older viewers. (my blog article on this subject)

It now seems that with millennials spending more time on their mobile phones and computers, TV is at last waking up to the needs of its vast grey audience.

According to this report from Agence France Press, a whole swathe of new shows at MIP – the world’s largest TV market in Cannes, France – either feature or are aimed directly at older viewers. 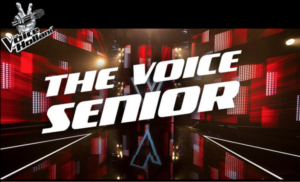 From new dramas like The Viagra Diaries to hit reality shows like Old People’s Home For 4 Year Olds, in which small children and retirement home residents are brought together, producers are challenging the taboo that seniors do not make good TV.

The Voice Senior, an old folks’ version of the blockbuster singing show, will hit screens across Europe and Asia this year. It follows hot on the heels of the success of an originally Korean talent show Better Late Than Never, which has been sold to 16 countries, and where older hopefuls share the bill with veteran entertainers.

The Dutch producers of The Voice Senior, Talpa, are also launching Around The World With 80-Year-Olds, where eight octogenarians who have never left their homeland jet off together.

Ageing baby boomers are TV’s most loyal viewers, watching up to five hours a day, and producers say it is time this relatively rich demographic was taken seriously.

Perhaps the idea of charging advertisers a premium for a concentration of older viewers – many of whom have money, and the time to spend it – was not so crazy after all?