While it may be true that 70% of Tmall customers are aged 24~32, let’s not overlook the power of the older Chinese online shopper. 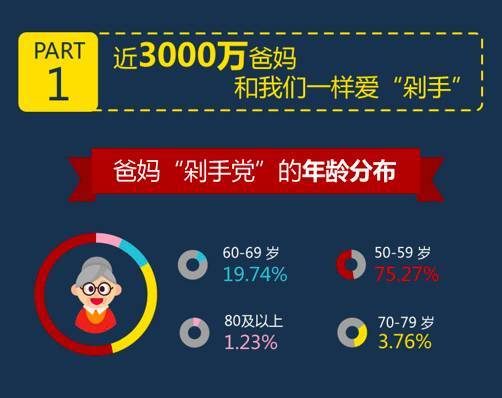 Tmall claims to have 30 million senior shoppers on its site spending about RMB5,000 (US$750) on average. They have a fondness for consumer electronics and listening to pop music.

My math against myths;

I wonder how much thought Tmall.com has put into ensuring that the customer experience is uniform for all ages? To achieve this requires a deep understanding and accommodation of the effects of ageing. 25 effects of ageing covering the mind, body and senses, to create a seamless, inclusive customer experience across all the touchpoints. This is a technique we call Lifetime Customer Experience.

The economic power of older consumers often tends to be overlooked in favour of a more conventional ‘younger is better’ view of marketing. This is both unwise business as well as being downright ageist.

Separately, a survey of 4,600 people across 16 Chinese cities – reported here in the SCMP– found more consumers aged between 30 and 50 said they would turn to online shopping for shampoo and other daily necessities in the coming six months than those aged between 18 and 29.

I suspect that the reason for the hard-stop at age 50 is that the marketers/researchers felt there was little point extending their sample to include the 60’s and 70’s.

Based on the Tmall data, I would disagree roughly 22.6 billion times!