In the past decade, electric guitar sales have plummeted, from about 1.5 million sold annually to just over 1 million.

According to industry experts quoted in this article in the Washington Post, it’s because the era of guitar gods has gone and with it, the inspiration to learn and emulate them. Think Clapton, Jeff Beck, Jimi Hendrix, Carlos Santana and Jimmy Page. 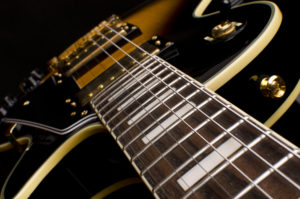 Back in the day, guitar culture was pervasive, whether in movie houses (“Karate Kid” Ralph Macchio outdueling Steve Vai in the 1986 movie “Crossroads”; Michael J. Fox playing a blistering solo in “Back to the Future” and co-starring with Joan Jett in 1987’s rock-band drama “Light of Day”) or on MTV and the older, concert films featuring the Who and Led Zeppelin on seemingly endless repeats.

Now boomers are retiring, downsizing and adjusting to fixed incomes and many are looking to shed, not add to, their collections, and the younger generation isn’t stepping in to replace them. There’s another reason too. Age-related physical impairments. (Download our explanation of the 25 effects of ageing here). It’s hard to play any instrument when your hands ache with arthritis – as mine do. Remarkably, Keith Richards still manages, possibly with a lot of pharmaceutical help. 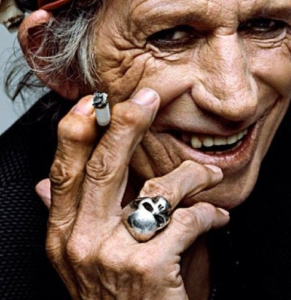 As a result, the two biggest companies, Gibson and Fender, are in debt, and a third, PRS Guitars, had to cut staff and expand production of cheaper guitars. Over the past three years, Gibson’s annual revenue has fallen from $2.1 billion to $1.7 billion, according to data gathered by Music Trades magazine.

I see two business opportunities/challenges; Firstly, give retiring boomers a reason (a reminder) to pick up their guitars and play them and secondly, encourage younger folks to get the electric guitar bug.

Interestingly, according to a major US retailer, around 2012, the gender mix of electric guitar students shifted dramatically. The eight to 12 girls taking lessons jumped, eventually outnumbering the boys. Why? Taylor Swift.

No great virtuoso but a guitarist nevertheless.

In our personal and professional endeavors, we crave to be inspired by heroes.