Consumers are more brand-promiscuous than ever before. In fact, according to research conducted by Accenture, 77 percent of all consumers admitted they now retract their loyalty more quickly than they did three years ago.Yet companies that target Millennials (and ignore older consumers) claim they do so to win their brand loyalty. A worthy prize given that Millennials are expected to have a lifetime value of $10 trillion. 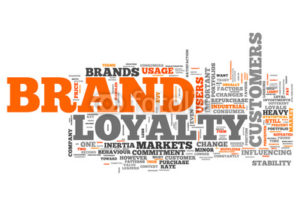 Unfortunately for these myopic marketers, the Accenture research indicates that Millennials aren’t enamoured with most current loyalty programs. In fact, they are more likely to have a negative reaction to a company’s attempt to earn their loyalty.

The research reveals a few other startling facts about loyalty in today’s marketplace;

If brand loyalty lasts only as long as a brand delivers value why market exclusively to one Generation, or age-segment, in favour of another on the mistaken premise of buying lifetime loyalty?