Loneliness is the bane of older age and it is having a profound impact on the Catholic priesthood.

In France, about 800 Catholic priests die every year while just 100 are ordained. Priest numbers there have fallen by almost 50% since 1995, according to this article in The Economist. 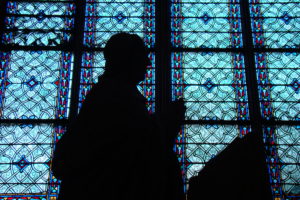 In America, while the number of Catholics has risen over the past half-century, the number of priests has fallen from 59,000 to 38,000.

The reason is thought to be largely due to the isolation brought about by the rule of celibacy which deprives them of a life-partner. This discourages younger men from entering the Priesthood and is particularly daunting for older priests.

The result is that many jobs once done by priests, like taking funerals or ministering to the sick, are now done by lay-people or by deacons who may be married. But certain functions, including the consecration of bread and wine which is Christianity’s most important rite, can only be performed by a priest.

More evidence of the impact of ageing in the workforce.