A study of 107 German companies concluded that companies should worry less about the chronological age of their employees. Instead they should undertake measures that stimulate their workforce to feel younger than their chronological age.

This supports a principle I’ve long maintained that one of the keys in dealing with an ageing population is to help older people “think, feel and look younger for longer”. 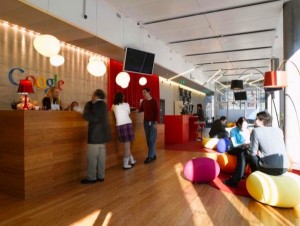 This study covered different business sectors and asked employees how old they were, how old they felt, and how successful they were at work (e.g., whether they had met their goals for the year). Researchers also talked to managers about how well the companies were faring financially.

They found that most employees felt about four years younger than their actual age, with the gap becoming more pronounced among the oldest workers. And sure enough, the younger the employees of a given company perceived themselves, the better the company performed.

Novel designs and facilities such as Google’s rock wall, Acuity’s indoor Ferris wheel, combined with other Age-Friendly Workforce practices might actually pay off.