One in four Japanese are over 65 and as I’ve said before, the country is serving as the world’s laboratory for selling to older consumers. 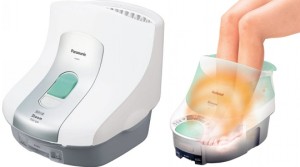 In this article from The Economist, a number of old and new product innovations are cited as examples of how companies are reaching their ageing consumers:

Not only can the business world learn from the successes but also from their failures.

For example; Bridgestone, made the mistake of promoting a new line of golf clubs as being for senior citizens; a rival brand did better by avoiding any explicit mention of age, but stressing its clubs’ ability to make the ball travel far, tapping into older golfers’ anxieties about not being able to whack it like they used to.

As is the theme of our book; Marketing to the Ageing Consumer, instead of creating separate products just for the old, it is better to design ones that bridge the generations.