In this blog, Euromonitor has adopted the term ‘Later Lifers‘ to describe people over 60.

So called ‘Later Lifers’ fall into two clear categories in regards to health: healthy and active or unwell and reliant on care.

The only real news here is the use of the “LL” term, however I was interested in the chart which plots Average Gross Income against Healthy Life Expectancy by country (see below).

The China opportunity is massive as I covered recently in speech delivered in Beijing to a group of investors. 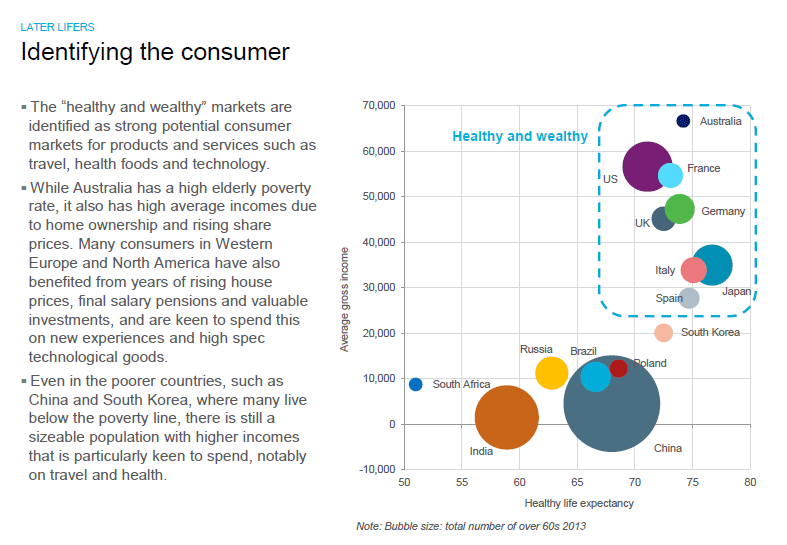 In 2013, the highest number of Later Lifers lived in Asia Pacific with 486 million residents over 60 years old.  China is the most rapidly growing ageing population and it is forecasted to increase by over 32% between 2012 and 2020.  While China has the largest Later Lifer population, Japan has the oldest, with 33% of the population over 60 years old – See more at: http://blog.euromonitor.com/2014/05/the-global-later-lifers-market-how-the-over-60s-are-coming-into-their-own.html#sthash.CcR8GrxT.dpuf
Share on FacebookShare on TwitterShare on LinkedinShare on Pinterest