Those who benefited from living their lives with parents now find themselves having to take care of them. Once again Japan provides a glimpse into the crystal ball for the developed world.

In 2012, 48.9% of single Japanese between the ages of 20 to 34 were still living together with their parents according to the Ministry of Internal Affairs and Communications. In terms of numbers, that’s an estimated 13.4 million people. 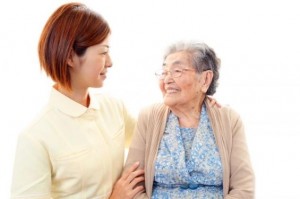 A survey conducted by the Cabinet Office in 2012 found that only one out of three female “parasite singles” in their 40s expressed satisfaction with their situations—a decline by nearly from the 25-39 age segment in the 2001 survey. As these singles confront middle age, it’s clear that the appeal of such a lifestyle wears off rapidly. Lessons for other countries with similar demographic futures.

According to this article from Japan Today, in about 10 years from now, these single children will be entering their 50s, and their parents will be in their 70s and starting to require care. Problems have already been pointed out in some housing developments where, during the daytime, these single residents have virtually no chance to meet up with nearby neighbours. Once their parents pass away, they will have become completely alienated from the local communities.