If you believe some pundits, the 65+ cohort are mostly Divorced, Rich, Aged 65+, Overseas Traveller, and Networker i.e. DRAGON’s.

Complete with the nauseating image of an “older couple on a beach”, this article written by a “junior planner” in an advertising agency seeks to redefine the older generation. 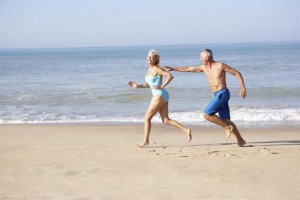 The subhead reads; Baby Boomers are misbehaving, and doing all the things brands didn’t expect them to. Really?

Not so long ago, older people were being stereotyped as spendthrift stay-at-homes who were risk averse, anti social folks who never switched brands. Now we are led to believe that people start behaving in totally uncharacteristic ways in older age.

Despite the ludicrous generalisations, the article does reveal some interesting statistics to support the authors hypothesis;

For each one of these stats, others could be generated that would paint a very different picture of the ageing consumer. That fact is, we don’t change our attitudes much as we age. Our behaviour is more affected by the physical changes we experience.