While some workers drop their kid at kindergarten, others take their parents to the “eldergarten”, a health care center inside their residential community, and collect them again after work. It has become difficult for China’s youngsters, nowadays mostly single children, to fulfill their filial responsibilities to their ageing parents, or even grandparents. 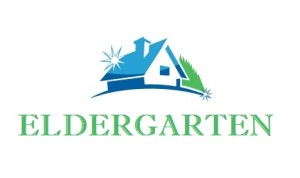 Besides recreational facilities, medical care is readily available. The shortage of qualified nursing care for the silver generation has become increasingly obvious as China rolls into an “aging society”, 10 percent or more of people at or above the age of 60.

The State Council, China’s cabinet, issued a notice in mid-September on development of the service industry for senior citizens, saying China will have built up an home care system for the elderly by 2020. A census by the National Bureau of Statistics showed an aged population of 194 million in China in 2012, 14.3 percent of the entire populous, and the figure will hit 437 million, or 30 percent by 2050. There were only 3.9 million geriatric beds available in 2012, helping just a tiny fraction of the aging population, according to Ministry of Civil Affairs.

Government funded nursing homes are either non-profit or operating at a low price, and must give priority to the disabled, those with low, or no incomes, or no family. They are not a solution to the problems of ordinary families. Most nursing homes are in the suburbs, inconvenient for children’s visits.

This article first reported here in the China Daily.