Is the trusty banana the most age-friendly of fruits? Probably one of the more bizarre blog headings I’ve written, but apparently true.

According to analysis of 10-year statistics on fruit sales compiled by Lotte SupermarketMart.Among the customers of bananas, 35 percent are people aged 50 and older, even though they account for 22 percent of the company’s customers. As reported here in the Dong-a Il Bo. 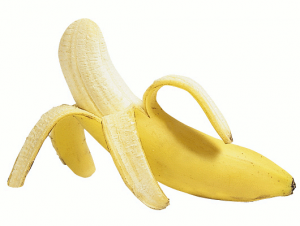 Being soft and easy to digest, bananas are healthy diet for elderly people or patients. The fruit, which contains plenty of potassium and minerals, is also known to help prevent stroke.

Overall, bananas proved to be the best-selling fruit, followed by tangerines and apples, for two consecutive years from 2011 to 2012.