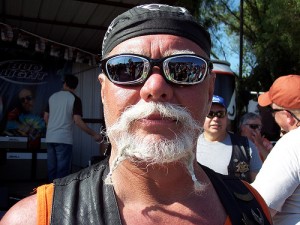 According to a report in Medical News Today, based on Government statistics of serious motor cycle collisions requiring a visit to emergency care between 2001 and 2008, around 1.5 million motor bike crashes involving adults aged 20 and above required treatment in US emergency care departments.

Trends in injury type and frequency were analysed by age band:  to see if there were any discernible differences.

Dwindling bone strength, changes in body fat distribution, and decreasing elasticity in the chest wall as well as underlying illnesses may explain the greater severity of injuries among older adults. Fractures and dislocations were the most common type of injury across all age groups. But older and middle aged bikers were significantly more likely to have sustained this type of injury than younger bikers, particularly around the chest and rib cage.