The ratio of senior citizens aged 65 surpasses USA, South Korea, Singapore and Malaysia, according to a population structure analysis published by the Ministry of the Interior.

According to Focus Taiwan, the ministry said that since 1993, the percentage of the population aged 65 and older has continued to rise, reaching 11.2 percent of the total population as of the end of last year. 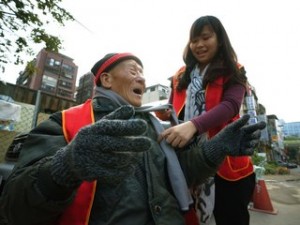 Taiwan’s aging index — which gives an indication of the number of elderly people compared to the number of young people age 0 to 14 — is also high, according to the ministry’s report.

Taiwan’s ageing index (ratio of 65+ to 0~14 years) stood at 76.2 percent, which was higher than the world average of 30.77 percent and the average of 20.69 percent for developing countries, but still lower than most other developed countries.

Among the developed countries with the highest aging index, Japan was at the top of the list at 184.62 percent, followed by Germany at 161.54 percent, the United Kingdom at 94.44 percent, France at 89.47 percent, and Canada at 87.5 percent.

In Taiwan, Chiayi County has the highest ratio of senior citizens, followed by Penghu and Yunlin counties, registering an aging index of 127.68 percent, 113.61 percent and 110.10 percent, respectively.