There has been a steady increase in Koreans in their late 40s to 60s who try to shave years off their appearance.This supports my mantra about products and services that will succeed with the ageing population; things that make us think, feel or look younger for longer.

According to the International Society of Aesthetic Plastic Surgery, Korea led the world in 2010 with 16 procedures per 1,000 people, well ahead of runner-up Greece with 14 per 1,000. Many clinics in southern Seoul, the city’s mecca for plastic surgery, say there has been an increase in older patients in recent years. According to one major surgery, three out of 10 patients are aged over 50 and this trend has been steadily increasing over the past few years. 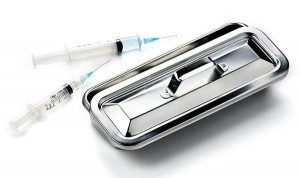 Winter is the high season for those seeking to cut years off their appearance. The cold weather helps swelling go down faster, and it’s perfectly natural to wear coats with high collars, scarves, masks or hats that cover parts of the face.

A professor of psychology at Seoul National University, attributes the rise to longer life spans and that many people in their 60s think there are many more years ahead of them. They become more active in managing their appearance and trying to look young. In the past, those who decided to undergo cosmetic surgeries or procedures were considered ‘overboard’, but today there is more positive feedback with people saying they look younger, healthier and better.

As average life expectancy increases in the country, so-called ajumma (middle-aged women) are especially eager to regain their “beautiful youth”. For many, being in their 40s or 50s is no longer a time to sacrifice for their families or children. They don’t hesitate to open their wallets to get rid of age-revealing facial lines or even to enlarge their breasts.

Middle-aged and older men are also feeling more relaxed about visiting plastic surgeons. One clinic reported that 60 to 70 percent of older men who undergo plastic surgery are CEOs or other business executives. Botox remains one of the most popular methods to shed a few years is Botox.

Another common procedure often used in tandem with Botox is hyaluronic acid-based injectable fillers, which are used to treat deep smile lines, plump up cheeks or fill in deep lines that form around the mouth known as the nasolabial folds, “the parentheses” or “marionette lines”. Fillers also are used to restore facial symmetry. The cost varies depending on which filler and how many syringes are used, but the 15- to 30-minute treatment is more expensive than Botox and also lasts three to six months.

But there is a risk. Unlike young people who obtain much information through the Internet, many older people are not tech-savvy, tending to trust anyone holding a syringe and wearing a white gown.