A four-year study reveals that not only do the 60+ struggle to interact with common contemporary technologies but younger groups as well.

The research concluded that older people show slower, less intuitive interaction with more errors than younger people.  But younger people – in the 40 to 59 year age group – were also having difficulties. 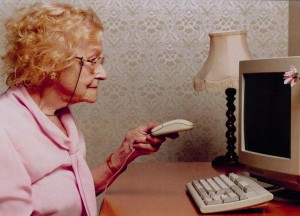 The study conducted by the People and Systems (PAS) lab in the Queensland University of Technology’s (QUT) School of Design also found that: