Hollywood is embracing the boomer, who is turning out to be the most avid moviegoer of all as teenagers and young adults disappear behind video game consoles, computers and iPhones. 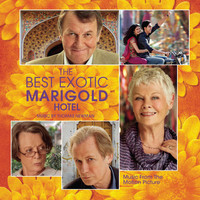 According to this article, a quiet revolution within the studio system began in 2009 with the success of Julie & Julia, starring Meryl Streep and Amy Adams. Instead of releasing the film in fall or winter — primetime for adult fare — Sony went against conventional wisdom and opened the movie in August. Julie & Julia went on to become one of the most profitable films of that summer, grossing $94.1 million in North America. More than 55 percent of the film’s opening-weekend audience was over age 50.

More recently, the top-grossing theater in the U.S. for The Expendables 2 — a who’s who of 1980s action stars now in their 60s, led by 66-year-old Sylvester Stallone — was the Cinemark Palace 20 in Boca Raton, Fla., densely populated by affluent retirees. About 245 miles away, Hope Springs, starring Meryl Streep, 63, and Tommy Lee Jones, 65, was the No. 1 film at the Rialto 8 in The Villages, a sprawling retirement community northwest of Orlando.

Some other recent successes attributed to older audiences: