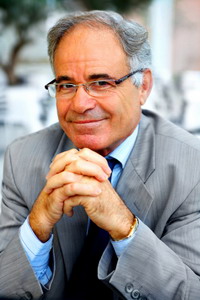 Beautifully articulated as always, in this Economist article. The rise of the infant entrepreneur is producing a rash of ageism, particularly among venture capitalists. Why finance a 40-year-old (with a family and mortgage) when you can back a 20-year-old who will work around the clock for peanuts and might be the next Mr Zuckerberg? But it is not hard to think of counter-examples:

Research suggests that age may in fact be an advantage for entrepreneurs. The study, conducted by Vivek Wadhwa of Singularity University in California, revealed  that the average age of the founders of successful American technology businesses (ie, ones with real revenues) is 39.  Dane Stangler of the Kauffman Foundation studied American firms founded in 1996-2007. He found the highest rate of entrepreneurial activity among people aged between 55 and 64—and the lowest rate among the Google generation of 20- to 34-year-olds. The Kauffman Foundation’s most recent study of start-ups discovered that people aged 55 to 64 accounted for nearly 23% of new entrepreneurs in 2010, compared with under 15% in 1996.

Look at these examples:

Experience continues to count for a great deal, in business as in other walks of life—or, to borrow a phrase from P.J. O’Rourke, age and guile can still beat “youth, innocence and a bad haircut”.