Stores remodeled for older customers grew sales by 25% compared with the previous year. Aeon is working hard to pull urbanites and seniors into stores it used to try to fill with young consumers and families. 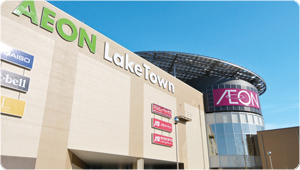 As part of its new focus on seniors, Aeon in December remodeled its Sengendai outlet in Koshigaya, Saitama Prefecture. The shop offers a wide variety of single-serving deli items and assorted sashimi, along with clothing aimed at older shoppers. It also uses bigger lettering on its signboards and places its shelves lower to make it easier for the elderly to shop.

The company plans to convert more stores into outlets that cater to elderly shoppers in fiscal 2012.

It also launched a new service Feb. 15 that gives Aeon credit card holders age 65 and older a 5% discount on the 15th of every month at most of its outlets.