I’m afraid they’re not even close, yet India has the second largest population of over-65s on the planet! According to global consumer-market strategy researcher Euromonitor International, the country has approximately 60 million over-65s (as on January 2011), that’s over 5% of the country’s population and over 10% of the world’s over-65 population. 60 million – by the way, is nearly equivalent to the entire population of the United Kingdom. 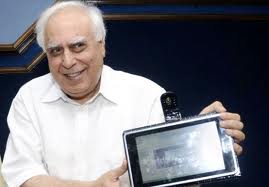 By 2050, the United Nations predicts, roughly 536 million Indians will be aged 50 or over.

According to LG India, once you’ve crossed mark-50 you have the power of invisibility, and it works best in the presence of most marketers. “The ageing consumer will become more and more important in the future. Western markets have shown us this, where products and marketing aims to satisfy them. Over the next three decades there will be a demographic shift in India and perhaps then marketers and companies will be more sensitive to their needs”.

An age-friendly India? Not yet. But let’s work on it!