Here’s a pretty depressing and alarming story about the state of aged-care facilities in China.

Some facts from the Bloomberg story: 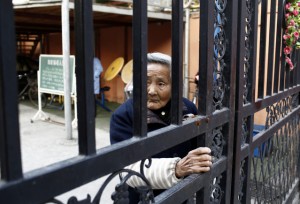 No wonder the Chinese are so intent on saving. A retirement without money here seems very nasty indeed.