Here are some new examples of products for ageing consumers, from Japan and Korea in an article from AdAge. 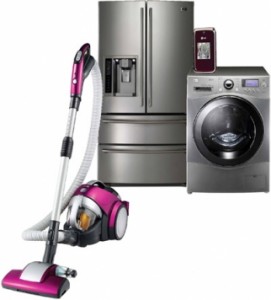 Several years ago, Korean electronics maker LG released its “Wine” phone, tailored for older folks with large buttons, easy-to-read text, a simple design and marketing that featured middle-aged models. Wine was one of LG’s top-selling handsets, but the company found that consumers started turning away from older feature phones once smartphones entered the Korean market.

The company reported that “older customers don’t want to look old. So they would rather use a young, trendy phone that their kids and grandchildren are using,”In other words, age-friendly!

(However, it is worth noting that Japan’s NTT Docomo has had good success with its Raku-Raku — it means “easy”—phone, selling its 20 millionth unit this summer.)

Other LG innovations include:

Whether it’s ‘age-friendly’ and appeals to the old while not alienating the young or simply targeted at the older customer, marketers in Japan and Korea seem to be leading the way.