The most important finding in this study is that older shoppers do not think they are adequately served by marketers, retailers or manufacturers. In this report from A.T Kearney entitled “What Mature Consumers Want” Most comments focus on the difficulties they face, including the inability to navigate large stores, with too many hard-to-reach products on shelves that are either too low or too high. 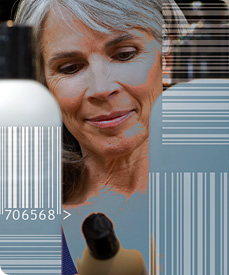 Product packaging is often difficult to open, and labels, prices and directions in stores are hard to read. Of the study’s participants, 52 percent in the 60-70 group, 58 percent in the 70-80 group, and 66 percent aged over 80 say they cannot read labels properly, even when wearing glasses or contact lenses.

The agequake may require a paradigm shift in the design of stores and retail chains as aging shoppers—with up to 30 percent spending power—have entirely different needs.

Mature consumers also complain that most stores are not only understaffed but also that the staff on hand is not trained well enough to help them. Most respondents—63 percent under 70, and 75 percent over 70—say they would like to be able to sit down in stores.

On the whole, mature consumers want and expect a sympathetic understanding of the realities of age, but they do not want to be treated as old or elderly.

Sounds uncannily similar to what we’ve been saying and doing with the AF tool. Looks like they’ve been reading about us! But ANY research that verifies our philosophy gets my vote!