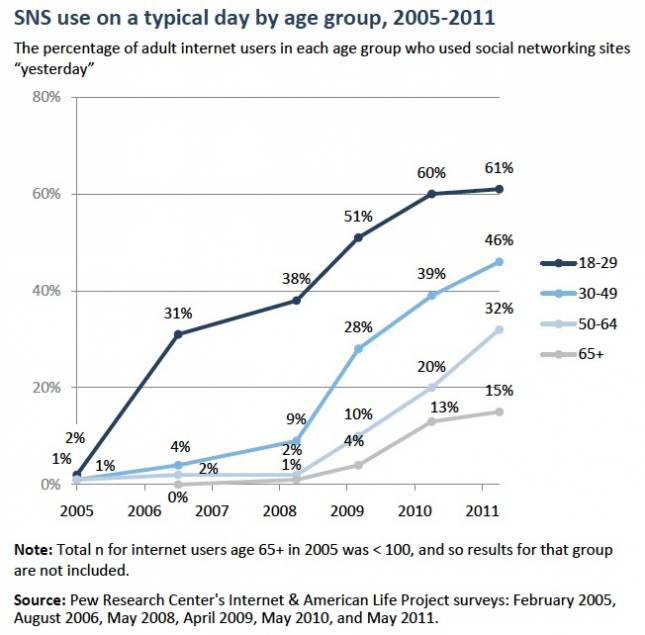 New research just out from the Pew Research Centre (USA) shows that the frequency of Social Networking Sites (SNS) among older users increased while use among young adults was stable over the last year. 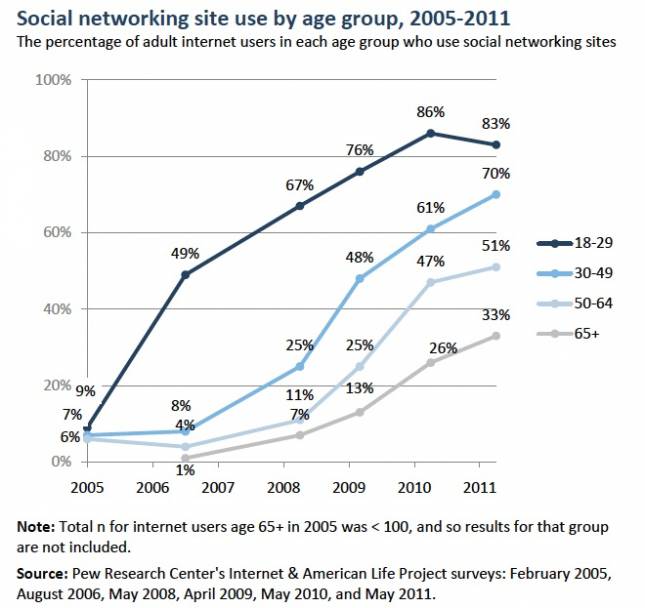 Usage patterns on a typical day reveal a slightly different picture. The frequency of social networking site usage among young adult internet users was stable over the last year – 61% of online Americans in that age cohort now use SNS on a typical day, compared with 60% one year ago. At the same time, those ages 30-49 have become somewhat more likely to use the sites on an average day; the frequency of SNS use among this age group grew a modest 18% (from 39% to 46%) over the past year. However, among the Boomer-aged segment of internet users ages 50-64, SNS usage on a typical day grew a rigorous 60% (from 20% to 32%). And unlike the general growth in SNS adoption among those ages 65 and older, the frequency of use among the oldest group of internet users did not increase significantly over the past year.

I wonder if this is in any way linked to the uptake of eReaders and iPads?