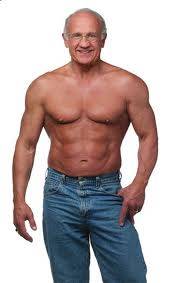 Global Industry Analysts projects that a boomer-fueled consumer base, aiming to keep the signs of ageing at bay, will push the U.S. market for anti-aging products from about $80 billion now to more than $114 billion by 2015. Read the entire Huffington Post article here.

There is controversy of course, anti-aging enthusiasts contend that life spans can be prolonged through interventions such as hormone replacement therapy and dietary supplements. Critics, including much of the medical establishment, say many anti-aging interventions are ineffective or harmful.

But such advice hasn’t curtailed the demand for anti-aging products, including many with hefty price tags that aren’t covered by health insurance. These include cosmetic surgery procedures at $10,000 or more, human growth hormone treatment at $15,000 per year and a skin-care product called Peau Magnifique that costs $1,500 for a 28-day supply.

Many consumers have seen ads featuring muscle-bound Dr. Jeffry Life, now 72. He used testosterone and human growth hormone in his own bodybuilding regimen and recommends hormonal therapy for some of the patients patronizing his age-management practice in Las Vegas.

According to the American Society of Plastic Surgeons, there were 13.1 million cosmetic plastic surgery procedures performed in the U.S. in 2010, a 77 percent increase over a decade.

The most popular of these is treatment with the wrinkle-smoothing drugs Botox or Dysport. They account for 5.4 million procedures, averaging about $400 per treatment. Other popular noninvasive procedures include soft-tissue facial fillers, chemical peels and microdermabrasion.

One of the industry’s booming sectors is anti-aging skin care, featuring wrinkle creams and facial serums. By some estimates, the U.S. market for cosmeceutical products – cosmetics with medicine-based ingredients – is approaching $20 billion a year.