The title of this research on Customer Service in Asia Pacific “Greater expectations: Keeping pace
with customer service demands in Asia Pacific” certainly caught my eye. But on closer examination, it seems neither the Economist Intelligence Unit or it’s sponsors DHL, have woken up to the fact that the 50+ segment now represents 1/3 of all consumers and is the fastest growing across Asia Pacific by cutting off their sample at just 50! What a wasted opportunity. I had hoped to be able to disect the data and reveal if and how opnions on this subject differed between the 50+ group and younger cohorts. 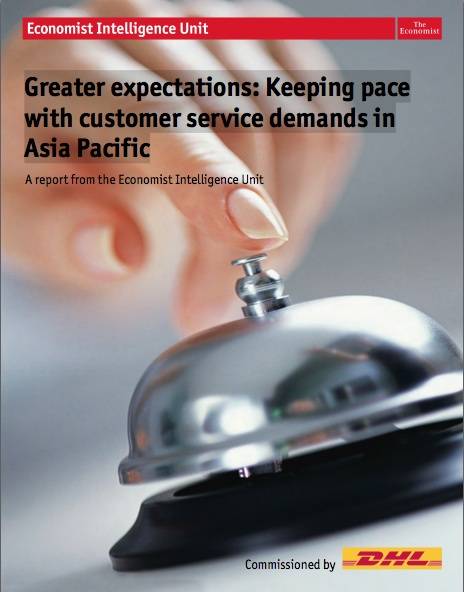 Anyway, the findings are interesting nevertheless. The full report can be downloaded here.

The key findings of the research include:

How can we impress upon such companies the growing power and influence of the 50+ army?

The sad facts about the research scope are revealed here:

Consumer survey
The Economist Intelligence Unit conducted a survey of 764 consumers, with at least 70 each from 10 countries: Australia, China, Hong Kong, India, Indonesia, Japan, Malaysia, Singapore, South Korea, and Thailand. Some 48% were aged 30-35, with the rest aged 36-50. They are largely middle-class and residing in urban areas.