Unicharm PetCare of Japan is chasing sales of Y100bn in 10 years due to the rising population of retiring baby boomer, pet owners  according to Uchicharm PetCare President Futagami. 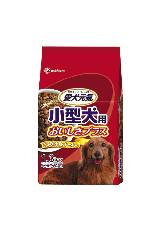 He seeks to feed more dogs and cats predicting that the market, which was worth 313.5 billion yen in fiscal 2008, will double in 10 years.

Ageing owners and ageing pets!? Demand is growing for new products for indoor pets as well as treatments for aging and obese pets such as pet food for dogs aged 13 years and older and thin pet sheets that have better absorbency but lower prices according to Futagami.

Pet business take note, Unicharm PetCare’s focus will remain in Japan for the time being, and it will not venture beyond its sole foreign market of the U.S., the president says.