Almost 25 years after she appeared in an advertising campaign for Olay, Twiggy has been re-signed to front a national marketing push for the anti-ageing cosmetic brand say this article in The Guardian. 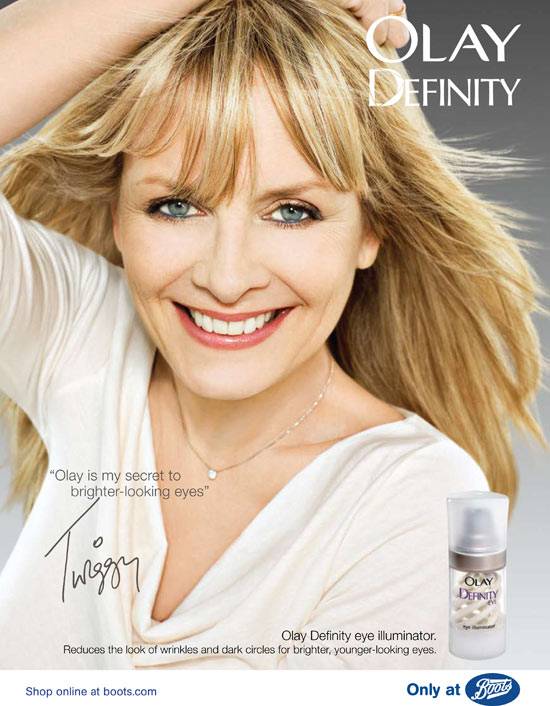 Twiggy, who turns 60 in September, last fronted a TV ad campaign for the Procter & Gamble-owned beauty brand in 1985. At the time the range was known as Oil of Ulay.

P&G has signed Twiggy, who most recently appeared in a TV campaign celebrating Marks & Spencer’s 125th anniversary, in a one-year deal to promote the Olay Definity range that “goes beyond fighting the appearance of wrinkles”.

The first ad campaign, which targets women aged from about 50 to 65, will run in national press.

P&G said signing Twiggy was, at least in part, a sign of the growing trend among fashion and beauty brands to use “age-appropriate” models to target consumers.